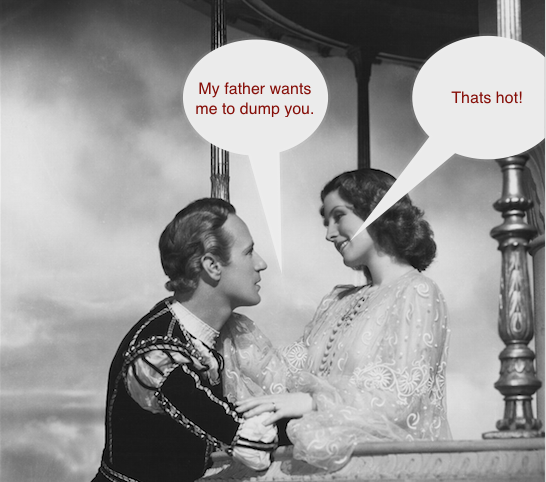 Everyone knows the tragic tale of Romeo and Juliet: idealistic love, feuding families, and suicide.  This has become the parable for modern romance. But what if Romeo and Juliet weren’t really that in love. What if they, and every teenage bad-boy or bad-girl romance is really just an unconscious reaction to a millennia old hack for survival.  Robert Cialdini sees parental disapproval as a major factor driving teens together. When parents forbid teenage relationships, those parents threaten freedom and choice of their kids.  And when something is scarce, even “Love,” we cling to it.

There are two main ways scarcity can be employed.

If we think our opportunities evaporate in the future, we attempt to reverse that by acting immediately.

This one is pretty simple. The less of something there is, the more valuable it is. This basic economic concept is built into our psychology. A great example is when Amazon or any other ecommerce site shows how many items are left. 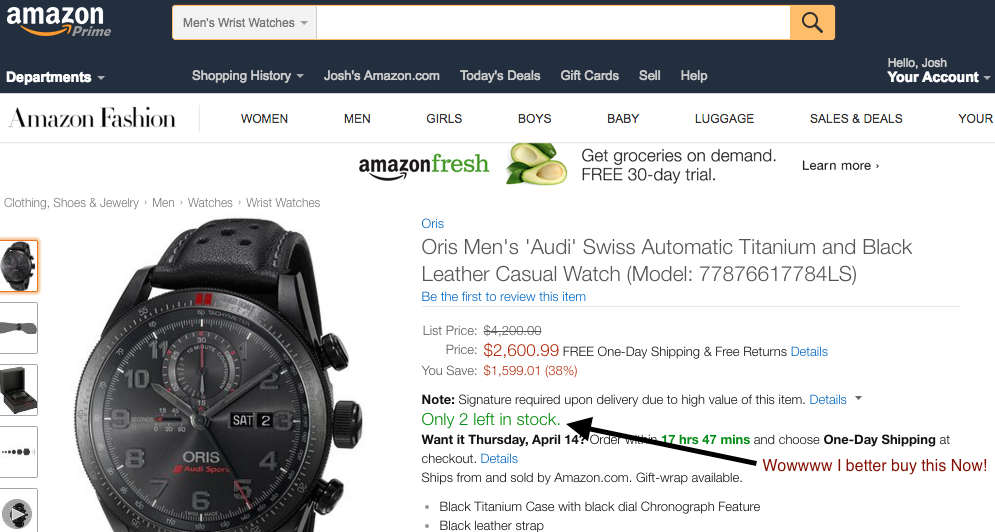 Are there really only two watches left on this sale item. A watch that they are trying to get rid of and only has one vendor on Amazon? Only Amazon and Oris know. Even if the stock # is accurate, are you more tempted to buy it now than if Oris had 100 in stock?

Ways to Juice-Up the Scarcity Effect

Psychologists Brock and Fromkin have developed  Commodity Theory of information. Basically the lesser known a particular piece of info, the more valuable it is. Cialdini illustrates this concept with an anecdote of his former student.

Stephen Worchel performed a study involving a chocolate cookies. There were four groups asked to rate the desirability of the cookies.

Group D=Had 10 cookies but then removed 8 and was told others want them.

Group D rated their cookies the most desirable. What we can take away from this is that a transition of surplus to scarcity produces larger perceived value than a constant scarcity. When we introduce competition, that want surplus cookies, we see that value compounded.

I’ve seen transitioned scarcity occur even in SEO. One of the many upheavals in the SEO world was the (not provided) saga. Basically Google Analytics began phasing out organic keyword data in 2011.  We’ve been without precise keywords for a while. And yet, US searches, presumably to find a solution to the missing keywords, are trending higher than ever.

An interesting note to the Worchel’s study was that all the groups rated the taste of the cookies the same. So desirability was elastic but its functional results were static. I think the moral to the story is using scarcity can affect short term productivity. But, if your product or service is of poor quality, you’ll never retain your customers. You can persuade them to buy the first cookie and take a bite. But if you cookie sucks, you’ve just lost a customer.