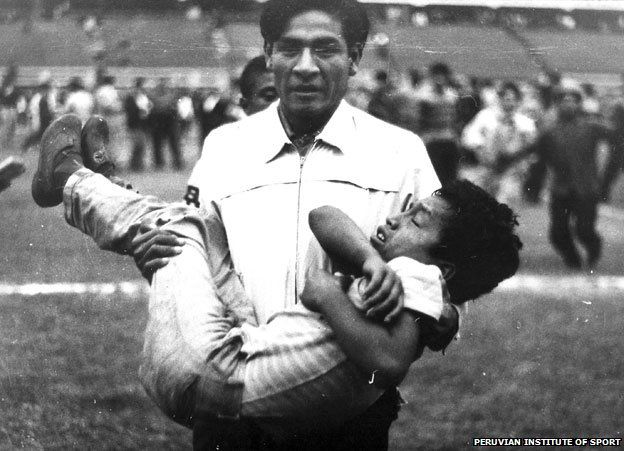 Is it possible to feel so enraged with a soccer team’s loss,  you morph into the Incredible Hulk and extinguish the lives of those around you ? In Peru on May 24, 1964 more than 300 people lost their lives never suspecting the answer was Yes. Surely if they understood the potential risks of they never would’ve attended.

In 1964 the National Stadium in Lima more than 300 people died in a soccer riot.  The home-country team, Peru, was upset at losing to the visiting Argentinian team. A referee disallowed a controversial goal from Peru. One that would’ve meant a chance at the Olympics. Fans were so upset the fell into a blind rage destroying everything in their path.

Cialdini says sports fans are most susceptible to this irrational behavior when other parts of their life are insecure and downtrodden. That fans desperately needed a fix of positive feedback they couldn’t find outside of soccer.

Some background helps illustrate why Peruvian fans might’ve felt this way. During the early 1960s communist revolution, voter fraud, and military juntas were the norm in Peru.Robert Cialdini believes this reaction to losing came from an intertwined identity between the team and each fan.   Peruvian fans were so desperate to be liked as Olympic winners, their team,s loss drove them to a temporary insanity. If the political climate were more secure, would this soccer riot have happened the same way? Maybe, maybe not.

To understand the complete power in likability Cialdini partitions it into 5  areas.

You see this trait repeated in the Social Proof summary. It’s a biggie.  Generally speaking we like people similar to us.  Notice in the last section about attractiveness that I didn’t talk about shaving, makeup, or hair products.  That’s because Physical Attractiveness often depends on similarity. For example, if you wanted to ingratiate yourself to a bunch of programmers it’s probably fine to have messy hair or a beard. 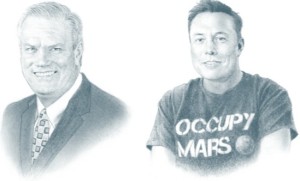 In Zero to One (great book BTW) Peter Theil reveals that Founders Fund doesn’t usually back founders dressed in suits. He contrasts his buddy at Paypal with Solyndra CEO Brian Harrison: There is nothing wrong with a CEO  who can sell.  But if he actually looks like a salesman, he’s probably bad at sales and worse at tech.

When you groom yourself, know who you’re grooming yourself for. The standard suit and tie doesn’t work everywhere.

Similarity goes beyond looks though. Salesmen will regularly chat you up before they try to sell you. They are digging, trying to get to know you personally so they can imitate some detail from your past. “Oh you went to University of Washington, so did my brother. He was a Husky also. Bla bla bla…”

Similarity even extends to unspoken things like posture. When someone has a similar posture to us, we usually favor them. With all of these you have to be careful to not overdo it. One time in an interview I caught someone mirroring my posture. I slowly did the Macarena wondering how far he’d follow me. He stopped at the head.

Similarity can be supercharged with cooperation. Just the act of participating in an activity with someone makes you more likable. Think about “work friends.” These are people who you have very little in common with and would never hang out with in real life. If you have “work friends” chances are you fought a lot of battles in the inbox battlefield and cubicle farms.

A more notorious example comes from the good cop/bad cop technique developed by law enforcement. When police want to elicit a confession from a suspect one of them will pose as irrationally angry. The other will act calm and nurturing toward the suspect. This act sets a stage where the good cop and suspect battle the bad cop. If the technique is used correctly, the suspect will bond with the good cop seeing them as a savior. The ultimate goal is to get the suspect to reveal information or confession to the good cop. This technique is so effective, many innocent suspects have confessed to crimes they never committed.

Generally speaking we like people who compliment us. No duh you say. Well, did you know compliments  are effective even when they are false. They also work when there is no possibility the compliment can be true. “Hey Brenda saw someone that looked liked you at the Oscars. It must’ve been you. You know important people huh.”

The last variable to likability is conditioning and association. Conditioning is basically making a a link between a feeling and an independent entity. Association is knowingly linking yourself to something popular in order to syphon off likable equity. Some common examples: 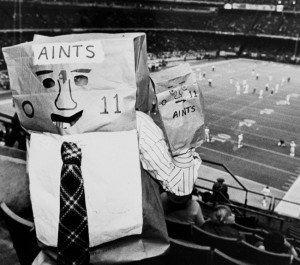 A less extreme example of the 1963 Peru soccer match can be found in the 1980 New Orlean Saints. The Saint’s record was so awful, fans started wearing paper bags on their head. They still wanted to watch their hometown lineup but didn’t want to the stigma of being associated with a losing team.