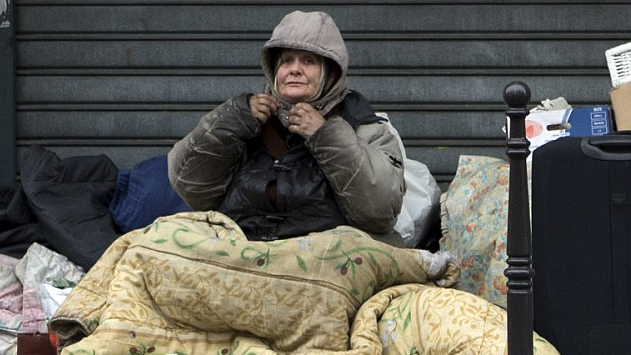 I’ve had a few conversations recently with Marketing leaders at startups here in the Bay Area. The conversation usually starts with them stating they need SEO help. That they know they should be ranking better than their competitors.

When I ask them how they know, they say they have a better Moz DA than their competitors. And they’re currently working on increasing their DA.

When I run into the subject of Moz Domain Authority, I find myself at a crossroads.

It’s as if I’m in the middle of rainstorm. And I see a homeless crazy woman out in the rain. I want to rescue her. Get her out of the rain. But she doesn’t see the rain as a problem.  She’s happy where she is.

Do I find her some shelter even though she’ll fight me the whole time?

I’ve just conjured up this analogy for the discussion of DA.

What is Domain Authority?

Domain Authority is an aggregated measurement of Moz Page Authority and Moz Trust.

What is Page Authority?

Moz Page Authority was a metric conceived off the original page rank patent back in the 1990s.

Moz Trust score attempts to determine the quality of the Moz Page Authority.  They have their own “seed set” of trusted sites and determine the distance from those sites.

What are the Problems with Moz Domain Authority?

Woo doggies, there are many.

Let’s start with the fact the Google has never actually talked about Domain Authority. Ever. Neither has Bing.

Or let’s look at one of the building blocks, Trust. This is based on a decade old Yahoo patent from to see how far your site resides away from a trusted seed set. Think New York Times, Stanford University, or the IRS. Does Moz use the same seed sets as Google? Has Moz ever updated their Trust seed sets? Are these seed sets the only way to calculate how Trusted a website is?

Next what about Page Authority(ie pagerank). It might’ve made sense to use this in 2000 when all links were created equal. But in today’s environment, they’re not. Thanks to the Penguin Algo not all “do follow” links pass pagerank. In fact many have implicit “no follow” tags because Penguin has determined they aren’t trusted sites. Moz Domain/Page Authority are completely absent of a Penguin link quality algorithm.

Also, going back to at least the Hill Top update, Google has different flavors of Page Rank. Your site about cars won’t rank if all your backlinks come from foodie cooking sites. Subject specific pagerank isn’t included in Moz’s Authority metrics.

Why do People Use Moz Domain Authority?

So why do people use a Domain Authority metric if it’s so flawed. This is what I believe:

Is Moz Domain Authority Good for Anything?

When evaluating your own site, no. If your site is a 65 or 72 or 29, what do you do with that information. There are so many incomplete and outdated inputs, it’s really no different than declaring your site is a Virgo, Sagittarius, or Aquarius. It’s nice to know your water sign but it doesn’t really change anything you’d do from day to day.

The only way I can think that Domain Authority might be useful is in evaluating websites for outreach. If you have limited time and a plethora of targets, DA might be tie-breaker if you’ve already evaluated relevancy, authority, trust, traffic, or visibility.

That crazy old woman getting rained on. I’m still trying to help her get out of the rain. But she does give me dirty looks every time I tell her Domain Authority is meaningless. She digs her heels in and refuses to listen to reason.  But the ethical thing is to keep trying to help her. Even if growth stagnates because she won’t listen. 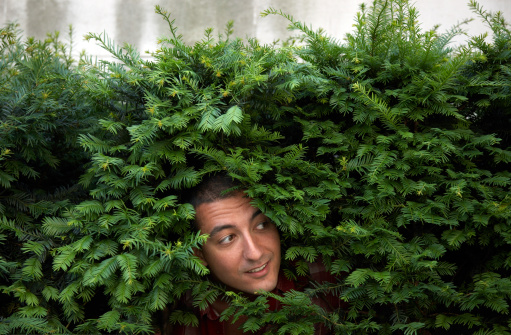 How to Trick Google and Hide Your Keywords